An evolutionary approach to many-parameter physics.

The motivation for this project, which was started four years ago, was the realization that systematic trial-and-error-based variations of all parameters in a many-parameter physical system is often not possible. Consequently, it was proposed to study this class of problems by a new approach based on evolutionary algorithms (closed loop optimization where the system parameters are modified using mutation and recombination operators that are inspired by models of biological evolution).

We defined as our main objective (1) to form a bridge between researchers in mathematics, computer science and physics, and (2) to make state-of-the-art evolutionary approaches available to physics research involving large numbers of parameters, where traditional physics methodologies fail. Specifically we focused on three physics applications: 1) the design of shaped femtosecond laser pulses to control atomic and (bio)-molecular dynamics, 2) the design and operation of scientific instrumentation, and 3) the control of DNA functionality in biological cells. 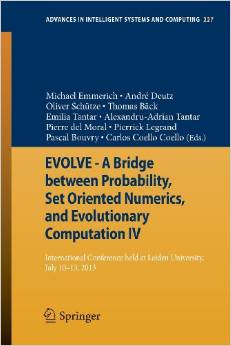